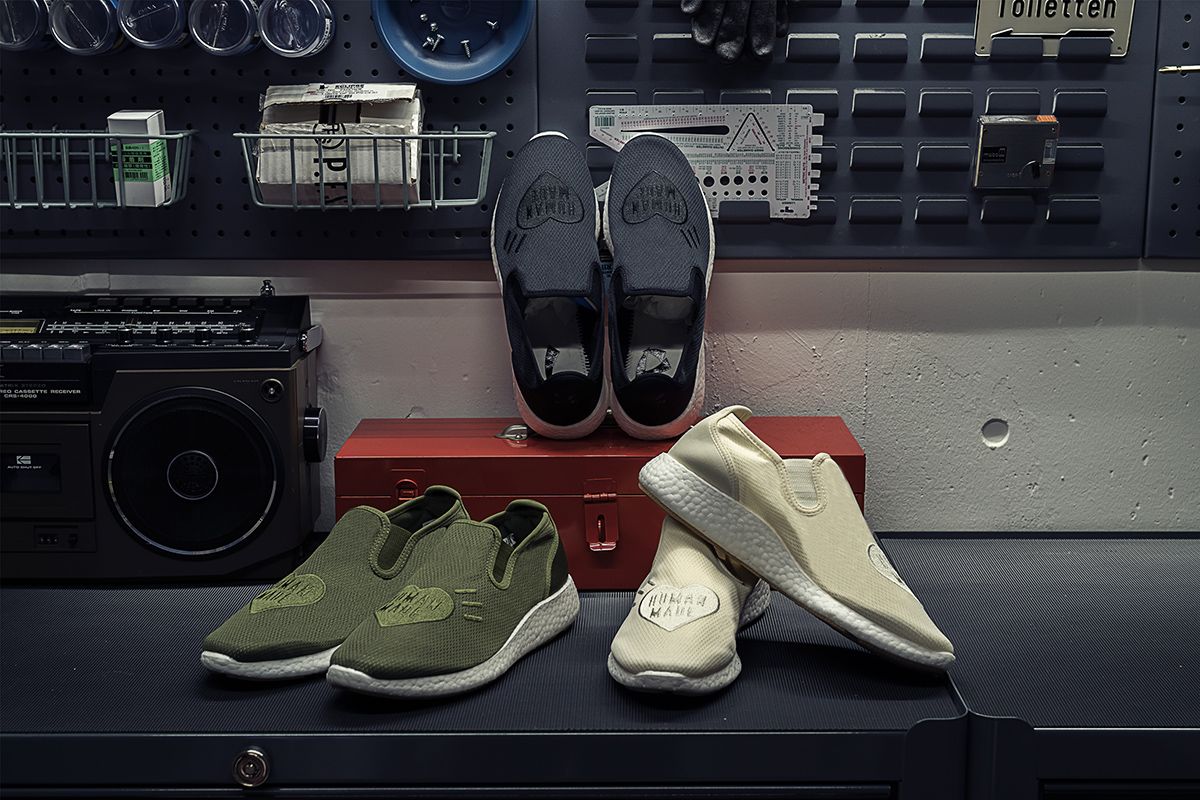 Today, adidas has blessed us with a first look at its latest collaboration with Human Made, which features an all-new silhouette, called the SLIPON PURE HM. Arriving just in time for the warm weather season, the Human Made x adidas delivery gives you another go-to slip-on option to keep it cozy all summer long.

For more collaborative footwear, online shopping destination ZOZOTOWN has reimagined Reebok‘s Instapump Fury and Club C to serve as their third joint effort. You won’t have to wait long for the two-sneaker pack to arrive, as it will be here in mere hours. Elsewhere, Vans continues to ramp up its collaborative output, now joining with reputable skate crew, Boys of Summer, for a triple threat release.

And if you’re in need of a break from the Nike Dunk, but still coveting the overall look the sneaker provides, you may be interested in the new Kentucky-inspired colorway of the Air Jordan 1 Mid — it’s giving heavy Dunk vibes.

Where to Buy: adidas.com, the CONFIRMED app, and select retailers

Editor’s Notes: The second portion of the SS21 Human Made x adidas collection centers around a brand new design in the SLIPON PURE HM. While drawing from traditional footwear worn during Kung Fu, the sneaker also references Nigo’s “broad array of cultural touch-points,” as the brand puts it. The SLIPON PURE HM debuts in three colorways of cream white, black, and olive, each featuring a mesh upper and a full-length Boost midsole. To signal the collaboration, Human Made’s heart motif is implemented on the upper.

Editor’s Notes: It appears that Nike is taking popular colorways of the Dunk and transferring them to the Air Jordan 1 Mid, as is the case with the “Kentucky” iteration we have on hand. Boasting a noticeably similar look, the Jordans feature a white and blue color-blocked upper, branded with the Swoosh logo on the side and the Air Jordan ball and wings insignia at the collar. Additional iconography appears via the Jumpman graphic on the tongue and insoles. It remains to be seen when the Air Jordan 1 Mid “Kentucky” will release, but seeing as official product images have emerged, a launch is likely to take place in the near future.

Where to Buy: Reebok Japan

Editor’s Notes: ZOZOTOWN is quite the fan of the Instapump Fury — this is the company’s third collaboration on the silhouette, after all. For the upcoming release, however, the outlandish sneaker is accompanied by a matching colorway of the Club C that adds another element to the ZOZOTOWN x Reebok partnership. For the collab, both shoes are done up in white ripstop mesh, with grey suede overlays, while black branding provides a bit of contrast. Translucent elements can then be found on each sneaker to round out the standout design details.

Where to Buy: Vans.com and Vans Skateboarding retail locations

Editor’s Notes: Skate crew Boys of Summer has come together with Vans for a debut collaboration championing Jerry Hsu, Rowan Zorilla, and Aidan Mackey. Reflecting the team dynamic as they travel and skate alongside one another, the collection displays one skater’s name on the left shoe and the other on the right, as carried out on the Old Skool, Varix, and Rowan Pro. While the names can be seen on the uppers and the outsoles, each shoe also incorporates a quote that is meaningful to the duo on the inner portion of the tongue.