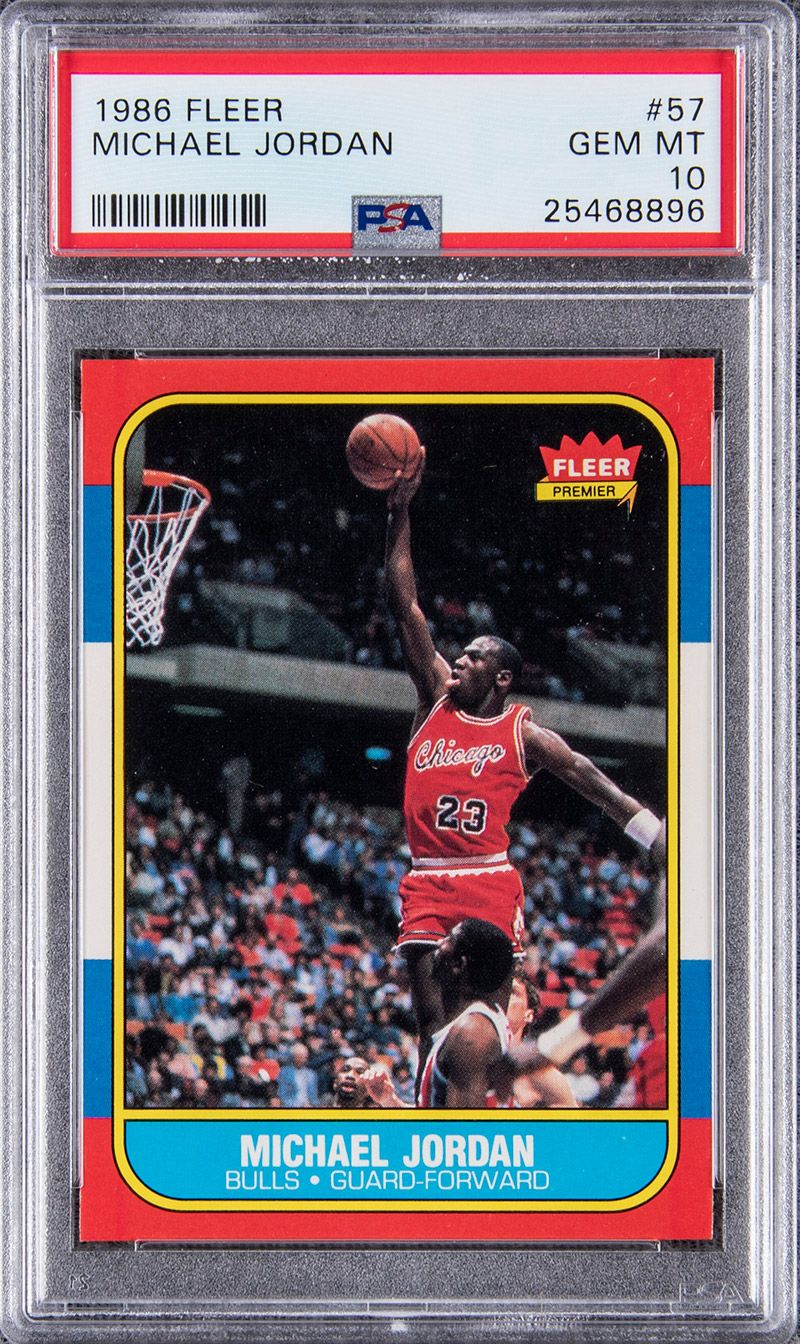 Visit the original post to see all 2 images from this gallery.

The parallels between sneakers and sports cards are no more apparent than when it comes to the popularity of Michael Jordan, whose rookie cards are not only more coveted than his sneakers but have become investment assets that continue to increase in price with seemingly no end in sight.

“The Jordan rookie is the singular accepted rookie card of the greatest athlete of all time,” tells Ken Godin, founder of Goldin Auctions. “Trading cards are booming and with only 316 perfect PSA 10 copies in the world, collectors and investors are gravitating towards that card as the first ‘trophy card’ they want to own.”

To put that into context, game-worn Nike Air Jordans have sold for upwards of $500,000 on multiple occasions over the past year. The most expensive to date was a pair of Nike Air Ships — the sneaker MJ wore before the Air Jordan 1 — which sold for a staggering $931,875 at auction in August. Jordan’s rookie card would have been the second most expensive piece of MJ memorabilia last year.

While most things Michael Jordan go for a hell of a lot of money at auction these days, it’s not just Jordan trading cards that are bagging sellers astronomical returns on their investment. All types of trading cards — from rookie cards to original Pokémon cards — are shooting up in value.

That’s a lot of zeros for cards that are less than four years old. Godin’s view on this: “As we head to the Super Bowl, [the Mahomes] card passed that of Tom Brady as the most valuable football card of all time. [This is] again an example of people looking to the future.”

Trading cards are incredibly hot right now, and with more and more fans coming into the hobby — for both collectability and investment purposes — these will not be the last records we will see broken in the coming year.