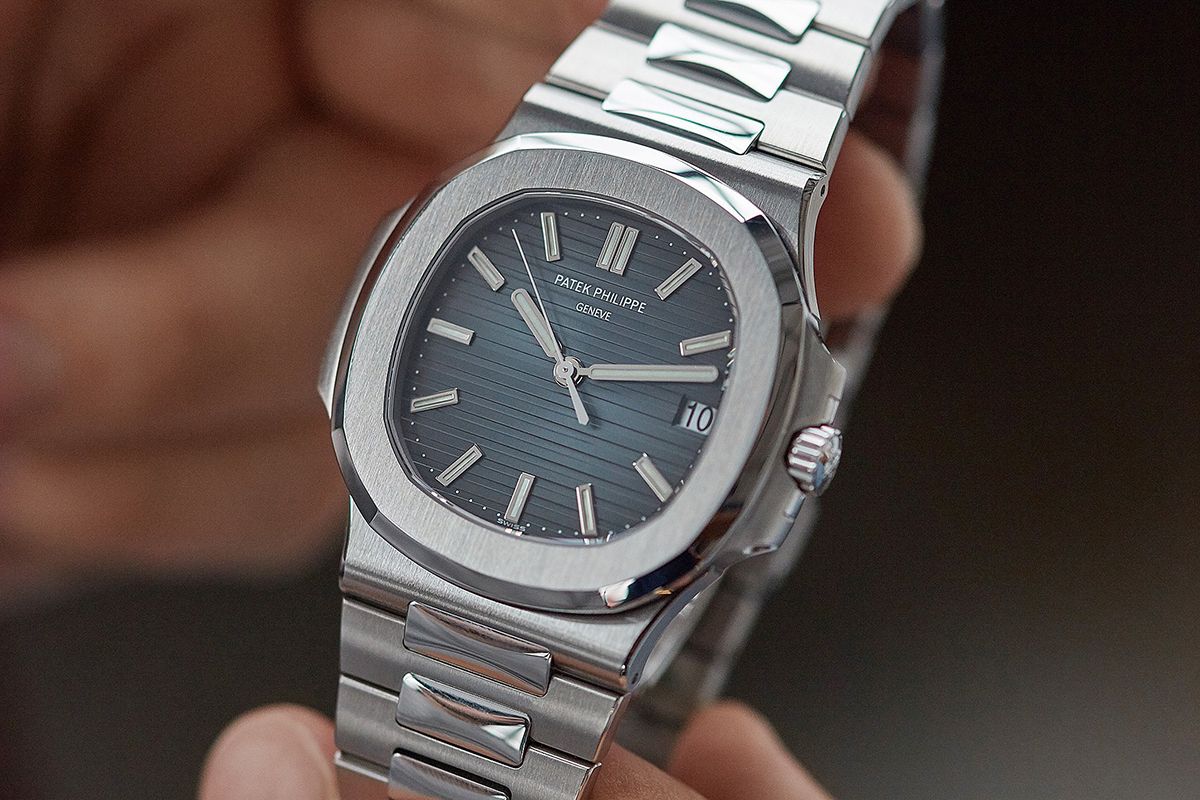 What would happen if Sony suddenly decided to cancel the PlayStation? To paint a picture, that’s the kind of news watch nerds are trying to digest after Patek Philippe announced the discontinuation of its iconic Nautilus ref. 5711 last month. But at least now they know there’s a method to the madness.

Priced at roughly $30,000 and with an average wait time of 10 years (or at least it did), the 5711 has long been one of the industry’s hottest commodities. Before its demise was revealed, the most realistic way to own one was to pay double on the resell market. $60,000 might be a lot, but when the news broke, its price rocketed on watch marketplace Chron24 to a new selling average of $105,000. All of a sudden, you now regret not remortgaging your home to afford one all those years back.

But why would Patek Philippe kill such a cash cow?

Speaking to The New York Times, company president Thierry Stern explained how — to paraphrase — the model had become a victim of its own success. “We cannot put a single watch on top of our pyramid,” Stern said. This follows a previous interview in a Swiss newspaper where he revealed how he didn’t “want [the 5711] to suddenly make up 50 percent or more of our collection and dominate Patek’s image.” In other words, they were wary of becoming too dependent on the model.

As for those customers left marooned on the waiting list, it’s bad news: “We know, and our retailers know, that we will never be able to supply enough watches for all the people on the lists, because we don’t have them. It is as simple as that. That is why we never allow retailers to take a deposit.” It’s not all doom and gloom, however, as Stern revealed the 5711’s replacement will be major and “even better” than its predecessor. “It is like Christmas. You don’t want to know your gift before it’s Christmas, do you?” he said, remaining coy on the details. Even more surprising was the fact he confirmed a final run of 5711s, saying it will have a “victory lap.”

In the same piece, said John Reardon, the founder of Collectability, an educational platform and online reseller of vintage Patek Philippes, remarked there were too many casual speculators invested in the watch. “This is Patek Philippe, not Bitcoin,” he said, alluding to the fact the timepiece had become a trading commodity, valued for its return on investment potential than actual design. In a time when just about everything from sneakers to Pokémon cards to Clubhouse invites is exploding on the secondary market, Patek will hope that stopping production allows some of its other models to shine. The 5711 might be no more, but its legend will only grow.