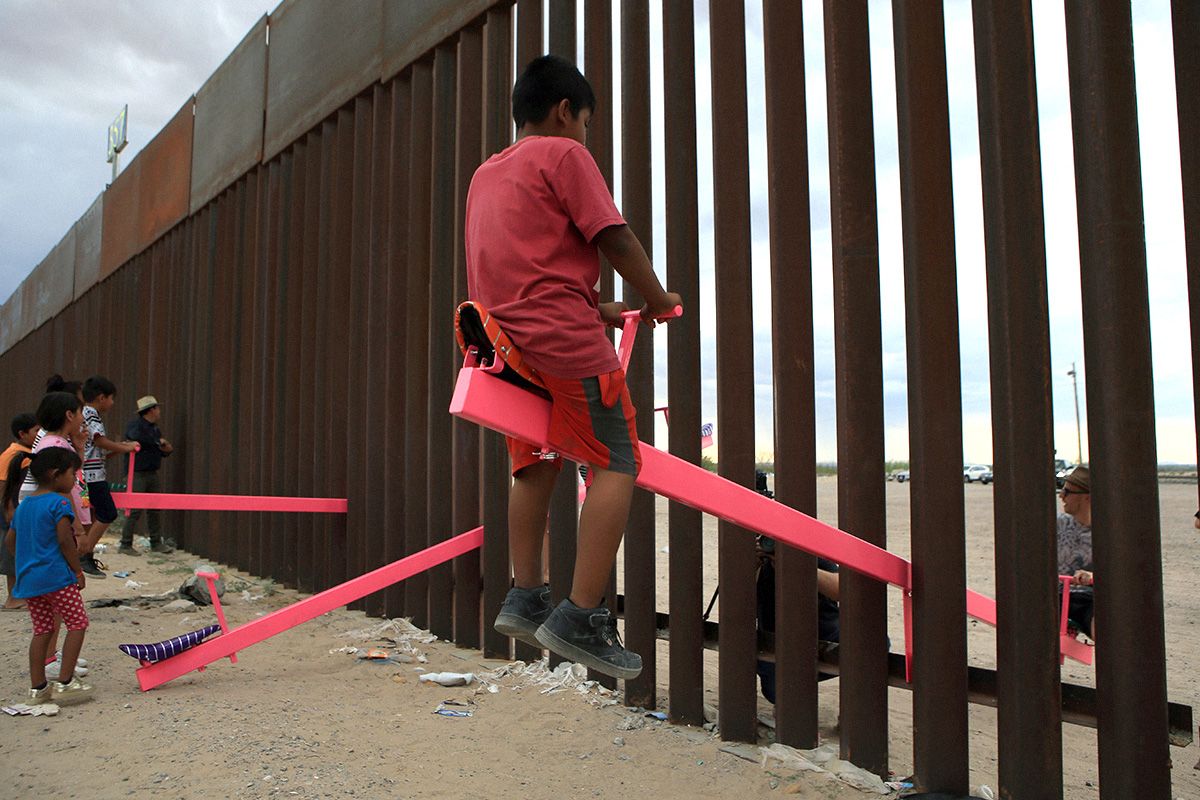 A series of bright pink seesaws that let people to interact over the US-Mexico border has just won the Design of the Year Award 2020. It beat Lee Ha Jun’s set design from Parasite and Stormzy’s Banksy-designed union flag stab-proof vest.

The Teeter Totter Wall was conceived by Architecture studio Rael San Fratello, who had been researching the border that separates Mexico from the USA since 2009. Ronald Rael, a professor of architecture at the University of California, Berkeley, and Virginia San Fratello, an associate professor of design at San José State University wanted to create a place where citizens across the border could connect, so they designed three bright pink ‘teeter-totters’ (see-saws) to slot into gaps in the steel border wall.

The symbolic work bridged across El Paso in Texas and Ciudad Juárez in Mexico for a brief moment in 2019. “The wall became a literal fulcrum for US-Mexico relations and children and adults were connected in meaningful ways on both sides with the recognition that the actions that take place on one side have a direct consequence on the other side,” said Rael in an Instagram post.

According to the Design Museum, “one designer worked from Juárez in Mexico and another in El Paso, USA. For just under twenty minutes on 28 July 2019, residents of El Paso and the Anapra community in Mexico could, for the first time, unite through play.”

The border wall has become associated with Trump’s presidency however as the designers point out, both George W. Bush and Barack Obama built large stretches of barriers and deported thousands of people. The judging panel, which included A-COLD-WALL* creative director Samuel Ross, and artist Camille Walala, agreed that the work highlighted “the possibility of things” as well as the reality of the moment.

The designers took inspiration from a number of sources: The bright pink color scheme references the femicide memorials that pay homage to women murdered in the Ciudad Juarez. The design was also informed by satirical cartoons. The designers explained that wanted to talk about the polarising border issue in “a very frank way but using humor.”

Elsewhere, the Telfar bag won the fashion prize. Judges agreed that the Brooklyn Birkin was redefining “what luxury means.” Meanwhile, the Chilean feminist group Colectivo LASTESIS won the digital category with its protest against the use of sexual violence in the recent uprisings in the South American country. The work has since been replicated in India, Kenya, and Mexico.

The People’s Choice award was awarded to the Hong Kong protesters’ brick arches which slowed down police vehicles during the protests in 2019.

Easier to make and more difficult to clear than ordinary roadblocks, they became widespread when the protests escalated in November 2019.

Tickets for the Design of the Year Award Exhibition in London go on sale soon. Pre-order your tickets here. 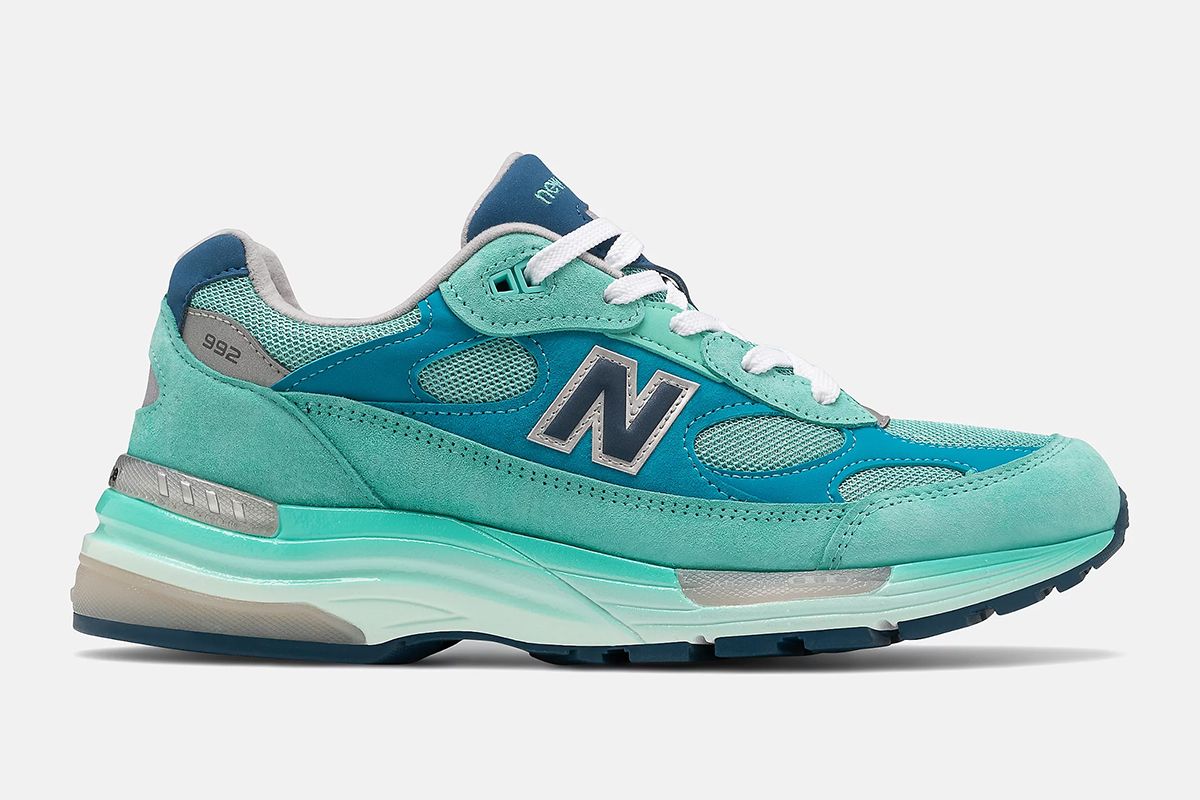 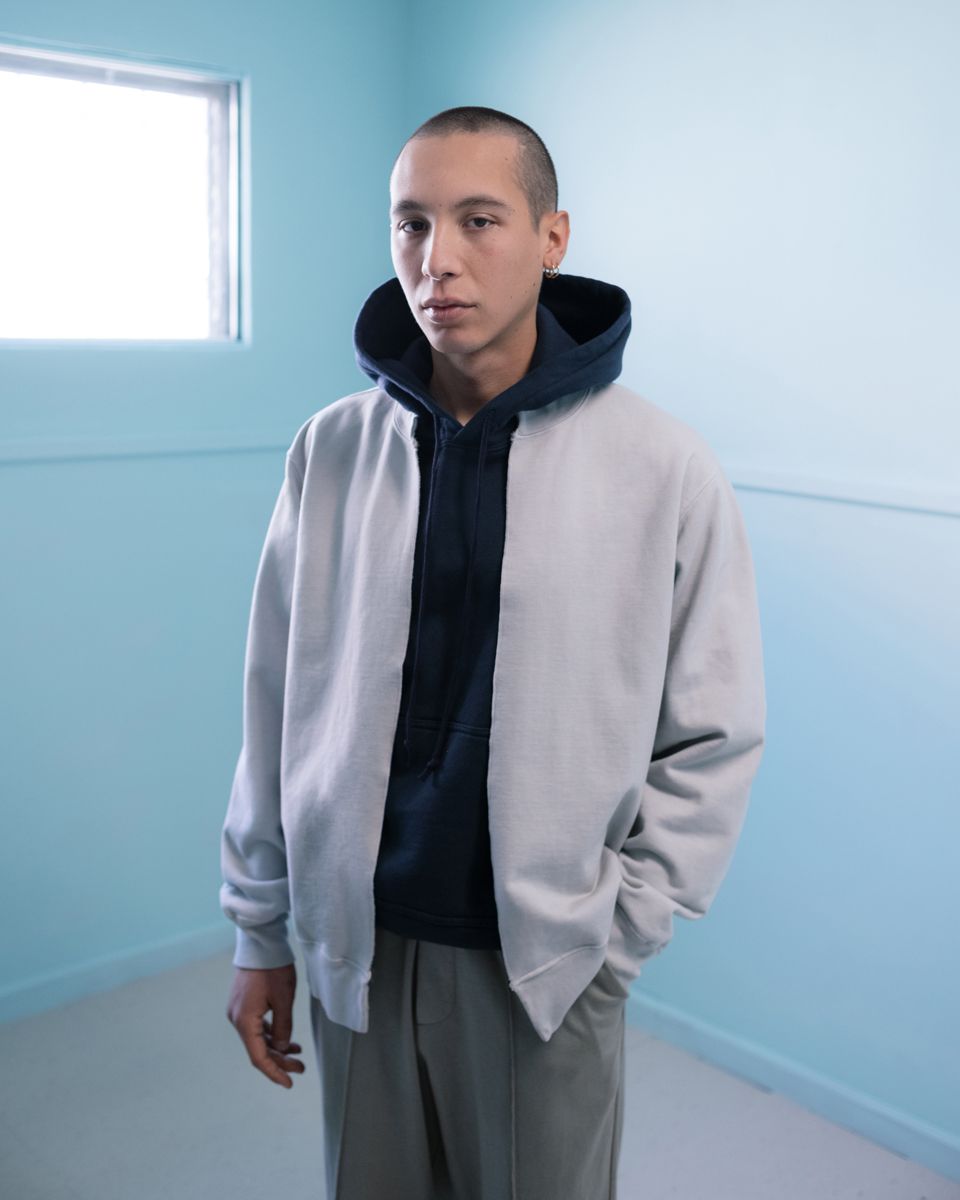