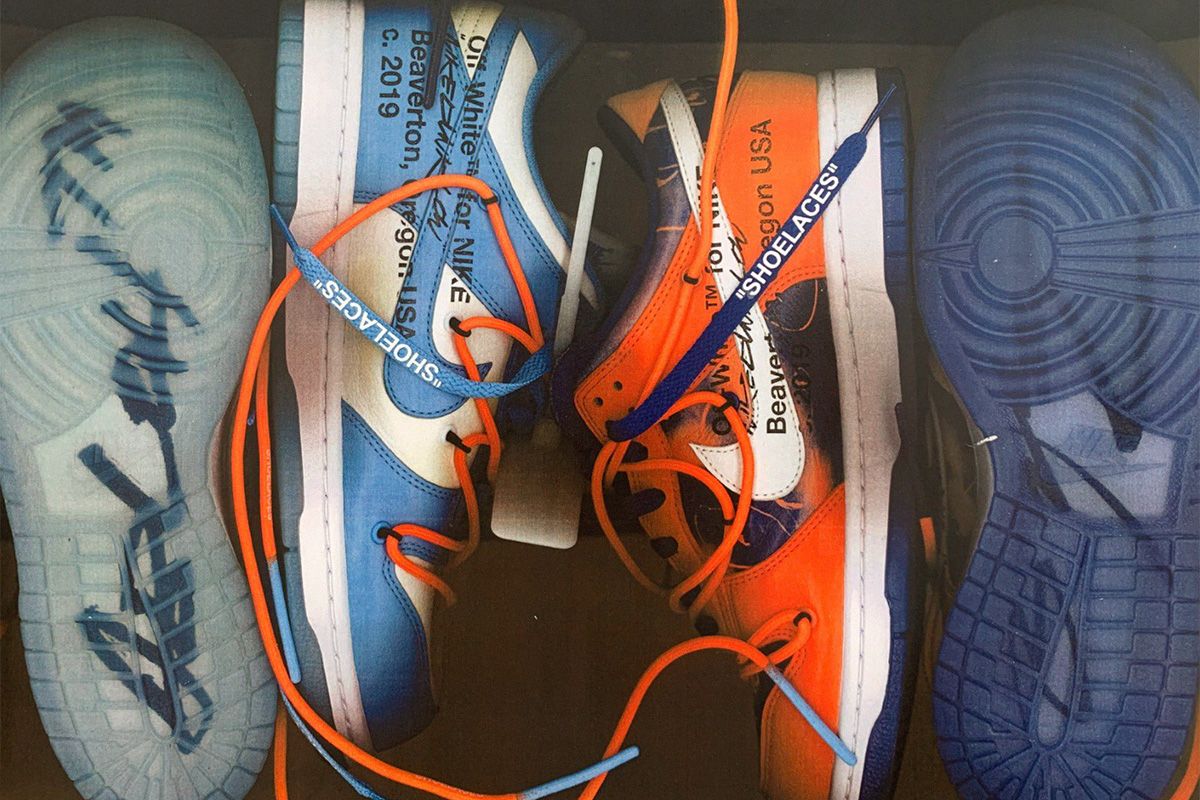 Virgil Abloh recently announced that his longstanding partnership with Nike will see seven new sneakers added to the mix. The designer shared news of the forthcoming Off-White™ x Nike kicks earlier this week via the launch of his Public Domain website.

The site showed pixelated images of the upcoming sneakers — labeled as “actually pending” — alongside many of his other models from “The Ten.” In addition, fans can delve into the history of Off-White™ x Nike and also peruse an archive of samples and unreleased designs.

While waiting for further announcements on Abloh’s seven new Off-White™ x Nike sneakers, we’ve compiled everything we know about the upcoming collection so far, including speculation on each potential release. Note that the exact silhouettes have not been confirmed, and this roundup is based on the original pixelated images.

The “Canary Yellow” Off-White™ x Nike Air Jordan 1 is probably the most anticipated sneaker from the “Pending Seven.” The pair was initially thought to be a sample only, first spotted at Abloh’s “Figures of Speech” exhibition at the MCA Chicago in 2019. Since then, we’ve seen the yellow 1s worn by friends of Virgil, always suggesting a release but never materializing in one. Abloh’s first Air Jordan collaboration, the Nike Air Jordan 1, has released in three colorways to date. The forthcoming yellow iteration closely mimicking the color-blocking of the “UNC” pair.

Before Abloh released his Off-White™ x Nike Dunks, he previewed two colorways of the silhouette in collaboration with graffiti artist Futura. The sneakers were unveiled at Paris Fashion Week in 2019. Originally, they were confirmed to be friends and family pairs for the show only, though now it looks like Futura, Abloh, and Nike have changed their minds.

Showcased in a UNC-themed blue and white colorway as well as an orange and blue iteration, the Dunks also feature a paint splatter pattern courtesy of Futura. Virgil’s trademark dual lacing system and familiar branding on the medial side are joined by “FL” branding — for Futura Laboratories — on the heel and outsole.

Only existing as mock-ups currently, two gold-colored Air Force 1s are expected to be part of the seven pending Off-White™ x Nike sneakers. The first pairs a University Gold upper with a matching midsole, and is contrasted by a metallic silver Swoosh, white laces, and a red zip-tie. The color blocking is similar to the “University Blue” pair.

The second colorway also boasts a University Gold upper but instead opts for a black midsole. Judging by the mock-ups, the other details remain the same. Both Air Force 1 colorways are reportedly tied to the designer’s upcoming “Figures of Speech” exhibit at the ICA Boston, which shows from July to September, so expect to hear more as the installation nears.

These two NikeCourt Flare 2 Serena William’s PEs originally appeared in a 2018 lookbook for Nike’s Abloh-designed “Queen” collection. At the time, they were said to be promo pairs only, reserved for Serena Williams. Two other sneakers, an Air Max 97 and Blazer, dropped instead. Now it appears the Flare 2 PEs will finally be released to the public, though no concrete word on when or where just yet.